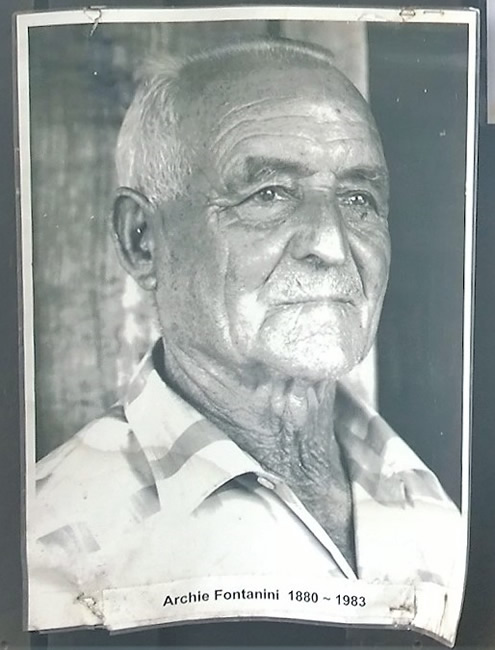 Archimedes Fontanini, founder of Fonty's Pool, near Manjimup, Western Australia. Archimedes (Archie) Fontanini was born in Italy in 1880, and arrived in Australia in 1904. He bought 460 acres of land near Manjimup in 1907 and began farming there. He developed Fonty's pool as part of the farm, eventually working on the pool full time. He was already 94 when he closed the pool in 1973 when it just became too much for him. It was re-opened in 1979 in celebration of Western Australia's 150th celebrations. Fontanini, then already 100 years old, was present. He died at 103 in 1982.