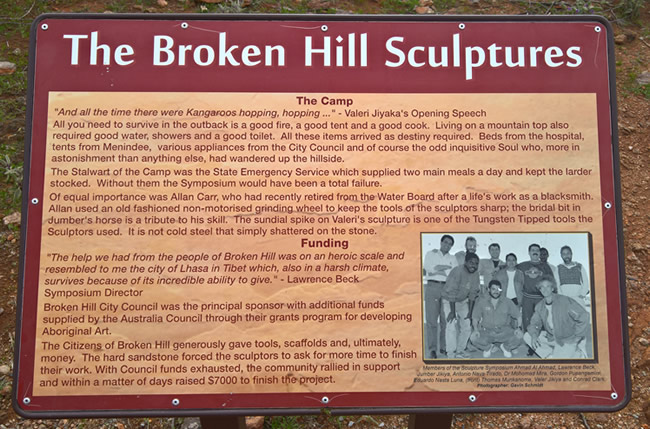 Some 53 tonnes of limestone was located near Wilcannia and trucked to the site. It was brought up to the hilltop on a massive four-wheel drive front end loader. Originally thought to last just a few days, the symposium actually went for weeks. Generous support from the city council, the Arts Council, and numerous individuals, the project began on 1 April 1993 and was finished in May 1993. June 2016.

Below are pictures of just a few of the sculptures. More may be added as we go. It relies on getting pictures that are of good enough quality.