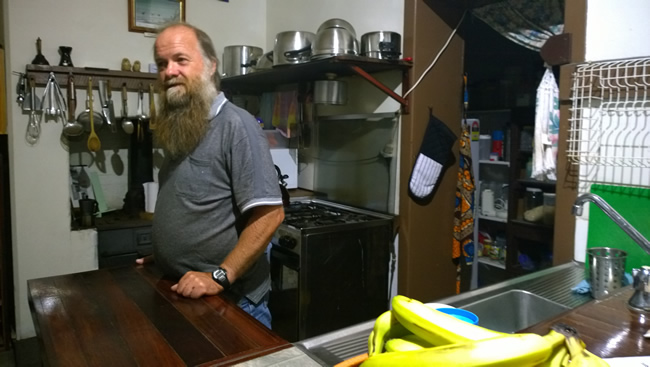 Volunteer manager Gavin, in the kitchen at the Eyre Bird Observatory, Eyre, Western Australia. The Observatory is run by volunteers who live on site for three month stints.

Gavin and his wife's second term there was nearly completed and they would be returning home to South Australia in a few weeks. They had visited a few years ago and had liked it so much they decided to volunteer when they were able, so they could 'give something back'. They were great hosts and great company. April 2014