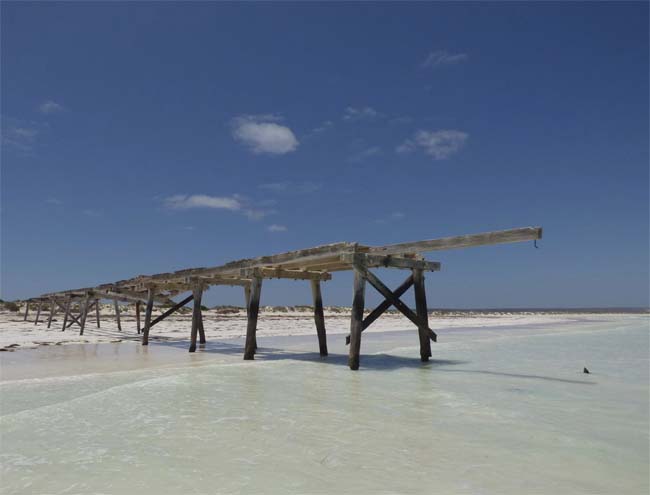 This great picture of the remains of the jetty shows the vast emptiness and quiet - except when the noisy generator at Eucla starts up! The jetty was originally built to supply the Telegraph Station. There was a 1 kilometre long tram line between the two.

The picture was taken from the ocean side of the jetty. It shows the gently shelving nature of the beach. Even quite a way out it is still shallow. Very similar to the beach at the next Telegraph Station to the west, at Eyre, which is now the Eyre Bird Observatory.